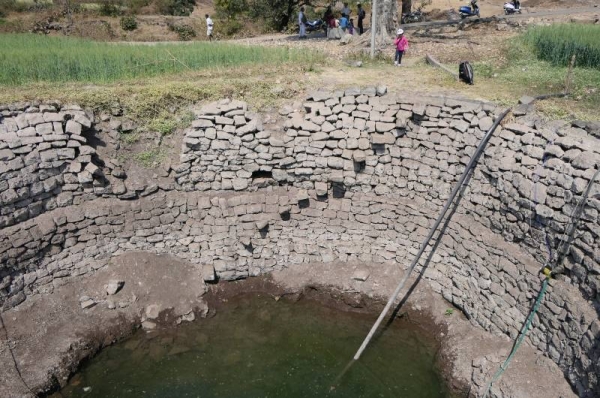 Monsoon rains have always been central to the life-system of the Indian population, with past societies developing multiple strategies to manage water resources and overcome water shortages. These are integral to the historical and socioecological making of places, territories and farming systems over centuries.

The MANDU project will tackle a period that is neglected in the social and environmental dynamics of India, i.e. the late medieval times (c. 1100 to 1500 CE), a period of both significant climatic disturbance and sociopolitical and cultural change. It will explore the impact of climatic variability and the ways society responded and adapted to hydroclimate-related risks, insecurity, and extremes in a semi-arid environment of Central India.

Scientific advances on climate change and a growing network of palaeoclimatic proxies from Asia have recently unravelled long unknown aspects of the Indian monsoon behaviour over the past two millennia, pointing to important variations of the Summer monsoon and the occurrence of climate extremes in late medieval times. Climatic anomalies were not limited to India, but occurred across monsoonal Asia. In Cambodia, periods of drought, interspersed with excessive monsoon rains, are now recognised as a factor in the demise of Angkor and decline of the Khmer kingdom. Concurrent parallels have been noted in other regions of the world.

Over the past 10-15 years, a large body of theoretical and empirical scholarship on adaptation, vulnerability and resilience in the face of climate variability, and on the impact of climatic anomalies on societal change has emerged. The extent to which this have reached the study of the Indian medieval is in its infancy. The historical role of climate has been largely overlooked.

What were the impacts of climatic variations and related environmental disasters on society and the transformation of the cultural landscape that took place in late medieval times? How did people respond to hydroclimatic extremes, live in and transform the environment to adapt to monsoon variability? What can the study of the long-term lives of water bodies tell us about vulnerability, adaptation, resilience and sustainability in the face of climatic disturbances?

These interrelated questions all inhere in landscape and waterscape histories, and resonate with present concerns about climate change and water scarcity in India. The ambition of this project is to address the same and open ways to future research on the impacts and feedbacks between society, climate and water during the first half of the last millennium in South Asia. 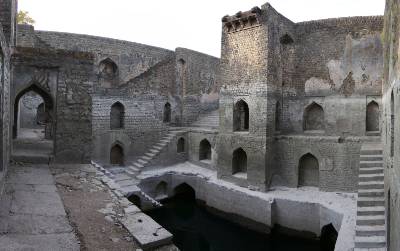 To confront the challenge, the PI will have recourse to a variety of disciplines, datasets, concepts, and techniques by bringing together leading scholars from across the humanities, social and environmental sciences. The project will seek to trace continuities and discontinuities in the historical landscape and waterscape, failures and successes in water management, and analyse them in ways that give insight into the nature of change and the ability to absorb perturbations or shocks.

Scientific convergence will be achieved through an orchestrated programme of interdisciplinary fieldwork and research that will focus on the area of Mandu (Dhar District, Madhya Pradesh) in Central India. Spared from recent urbanisation, the area of Mandu encompasses rich archaeological records of long-term human occupation and offers great potential from scientific perspective to investigate facets of the society-climate-water interplay in the late medieval through a wide array of data. Situated in the semi-arid part of Malwa, it presents an ideal place to explore the landscape and watersheds sensitivity and vulnerability to hydroclimatic variations, and undertake interdisciplinary investigations while bringing medieval history and environmental sciences together to the field, within a well-contained and manageable research area and project.