Deltaic floodplains are among the most agriculturally productive and biodiverse areas on the planet. However, they area also facing a wide range of pressures, from land use changes to modifications in river flows due to climate change and hydropower construction. 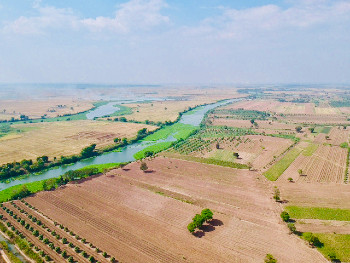 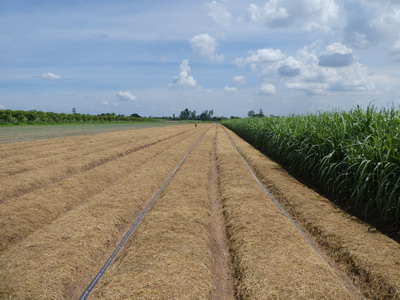 This is also the case on the floodplains of the Mekong Delta in southern Cambodia. Here, the landscape is characterised by so-called Preks. These are large-scale channels that connect the main river with the floodplains. Originally constructed during the period of the French protectorate (late 19th and early 20th century), they act as vectors of both flooding and drainage during the annual Monsoon inundation. They form a vital contribution to maintaining the fertility and agricultural productivity of the floodplains, which depends on a delicate balance of hydrological processes and management decisions, in particular irrigation. In recent years, international development agencies have been rehabilitating the Prek channels, to increase the resilience of local production systems to drivers of change. 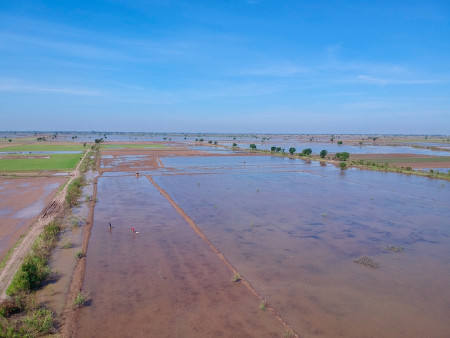 In order to do so, an eco-hydrological model is being built using the modelling platform OpenFLUID, to depict the current system and simulate future scenarios. This model is based on extensive fieldwork (including the installation of water gauges and a weather station, as well as interviews with local stakeholders), and on remote sensing analyses on inundation patterns and land use, conducted using Sentinel-1 and 2 imagery, on Google Earth Engine.