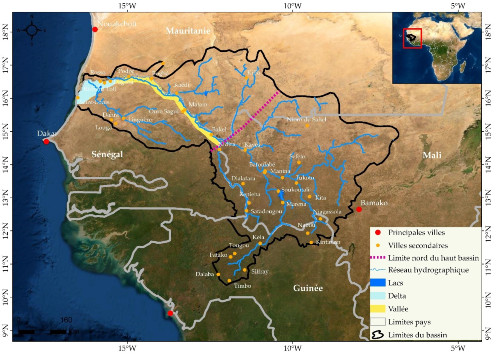 Understanding rainfall and its spatio-temporal variability is a major issue for hydrological studies, the development of socioeconomic activities and the management of water resources.

From a hydrological point of view, rain constitutes a key variable for the simulation of flows. However, in West Africa and particularly in the Senegal River basin, the rainfall data observed are often incomplete and difficult to access, thus limiting any robust hydrological analysis.

In this context, the alternative would be to use the rainfall estimated by satellites currently available for the simulation of flows. The objective of this thesis is therefore to evaluate the performance of twenty-three satellite rainfall products for hydrological modeling in the Senegal River basin. The methodology adopted comprises four phases: